The six luxury homes sit on slightly more than one acre of land that is bordered by it’s own seawall directly overlooking Swampscott Harbor, Swampscott’s Mooring Field and Fisherman’s Beach.

The entire site will be professionally landscaped with an irrigation system which will service all six homes, as well as all common areas. Each driveway and walkway will be heated to prevent the build-up of ice and snow during the winter months.

The meticulous landscaping will include Eastern Red Cedar, Green Giant Arborvitaes, Northern Bayberries, Green Velvet Boxwoods, Blue Princess Hollies, Shamrock Inkberries, Common Lilacs, as well as a variety of other attractive plantings and trees. And, residents will step off of their patios onto a lush green lawn that will extend up to the seawall.

The perimeter of the site will be defined by all-new stucco piers and new custom-made, black wrought iron fencing, both in keeping with the original character of the historic estate. 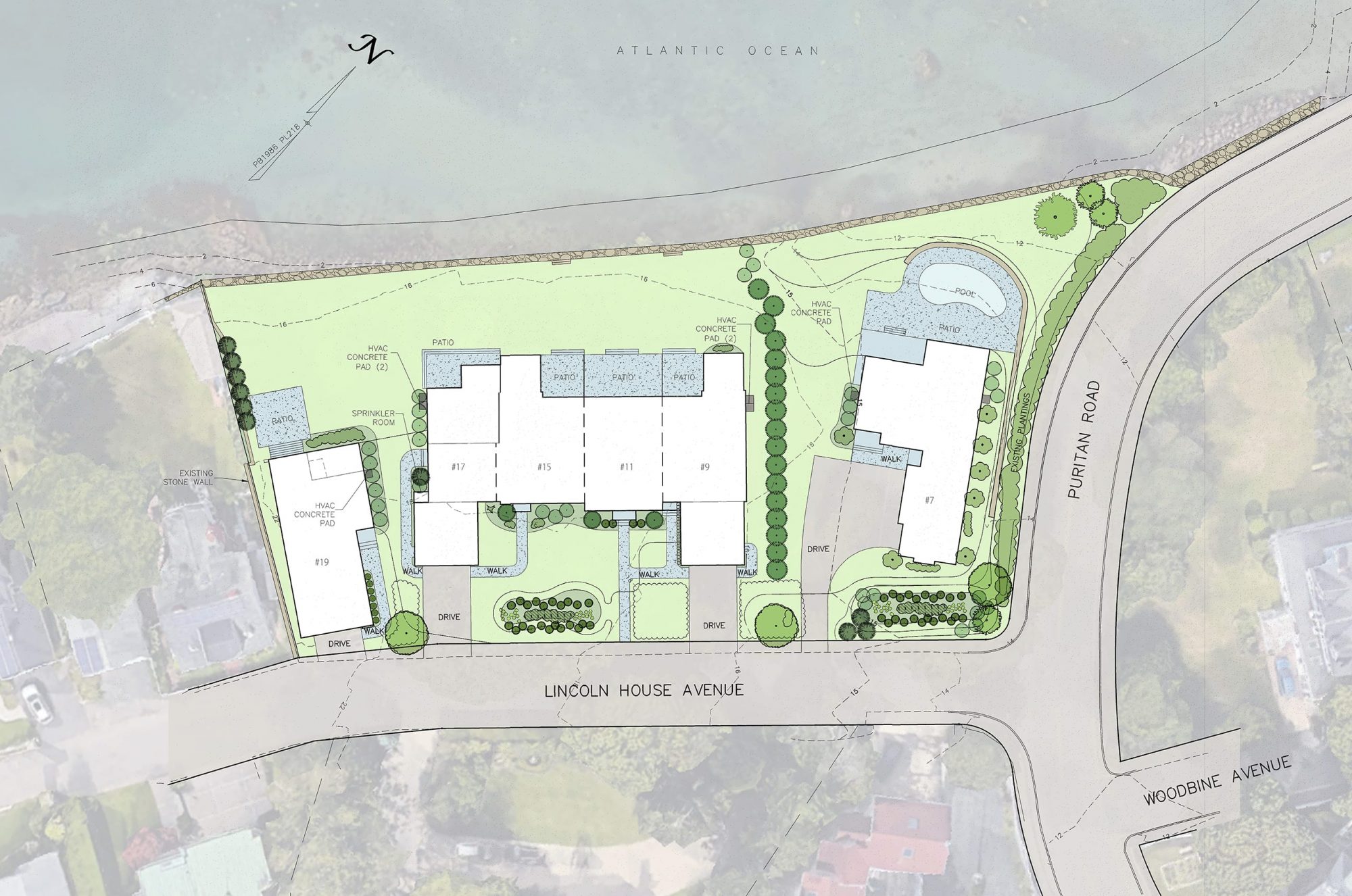 WE INVITE YOU TO LEARN MORE ABOUT OCEAN EDGE ESTATES AND WOULD BE DELIGHTED TO ANSWER YOUR QUESTIONS.
PLEASE GET IN TOUCH TO REQUEST MORE INFORMATION OR TO SCHEDULE A VISIT.